Science does not sleep and discoveries continue to abound. One of the latest concerns the exo-planet with ginormous rings – yes I mean the one in orbit around the young star, J1407 located 420 lightyears from Earth in the constellation of Centaurus (yep, similar direction to Alpha Centauri).

The  scientists have worked out that this system can be stable for a 100,000 years or so if the rings rotate in the opposite direction to the planet.

So we (I mean the human race) might have a chance of getting there before the rings disburse even at sub-light speeds.

Talking of planetary rings, some clever spark took another look at the Voyager 2 data on the rings of Uranus. They found wavy patterns in the of the rings (alpha and beta) that imply the presence of two hitherto undiscovered moons. If these moons exist, they are quite dark, which begs the question about what they are made of. One other dark moon comes to mind – Callisto. This is covered in silicates and organic compounds (as well as the more traditional ice and carbon dioxide). Below is the photo Voyager 2 took of Uranus, and below that a schematic of its rings. More details can be found here. 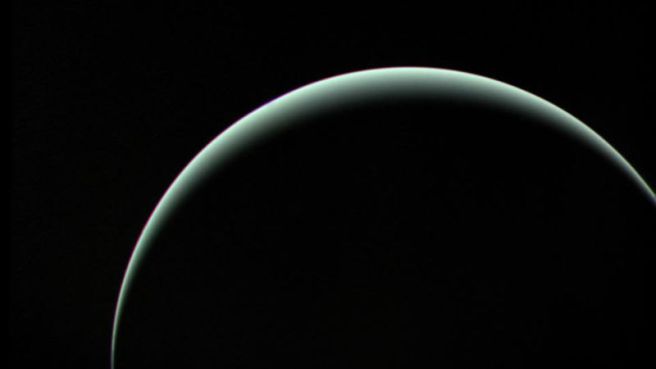 Add to the dark moons and organic compounds, the extended planetary corona with all its electromagnetic activity, and I get shades of Frankenstein – or at least aliens so alien to our understanding of aliens that science fiction publishers would never accept any story based on them.

Talking of aliens… where are they? Given that faster than the speed of light is probably doable some time in the future (see a previous post), then you would have expected them to have arrived here by now. Brian Cox did suggest that there are so many obstacles to developing an extremely advanced civilisation, that they have all died out. Some of these obstacles we are already aware of – viral diseases (e.g. Black Death), climate change (e.g. what Venus has become) and wars of annihilation (e.g. what the Cold War could have become). Some causes have been speculated about e.g. Reynolds’ black cubes that kills off any life in his way or computers going rogue and killing their makers.

You know what? I don’t believe any of these explanations any more. I haven’t come across a single or group of circumstances that makes sense. It really is time for the science fiction writers to become more speculative about why the aliens have not contacted us.